A new social network has become extremely popular. It is called Feetbook. Users share stories, anecdotes and pictures about their feet. What is (especially) peculiar is that posts can be tagged to explain whether they refer to the left or right foot or both. This allows a user to follow a specific foot of another user, e.g., user A can follow the right foot of B but not the left one.

In order to organise a massive advertising campaign to influence the shoe market, a major shoe company appoints a consultant firm Oxford Synthetica (OS), in order to suitably profile Feetbook users. What OS is providing is a database including a set of users, the follower relation and an indication of which users have an analogous behaviour. The precise guarantee on the database is that it is the largest collection such that the following property holds:

QUESTION: Are these notions really equivalent?

SOLUTION: No, in general they are not.
We can use a labelled graph to represent users habits. Nodes correspond to users and and there is an arrow from user A to user B labelled by a left (resp. right ) foot when A follows the left (resp. right) foot of B.

Then consider the following graph of user habits. 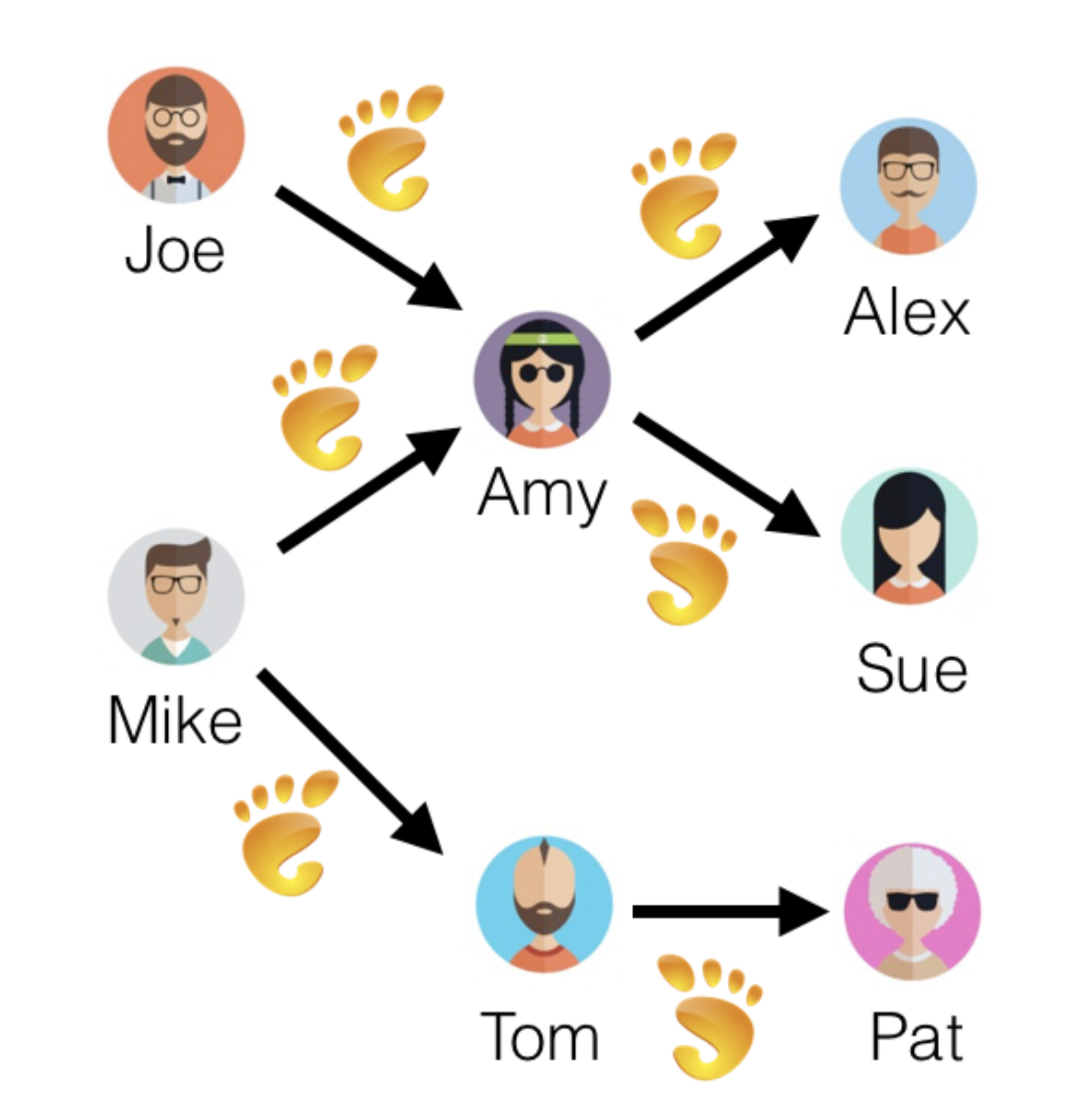 A brief survey on Logic Programming Encodings of Bisimulation can be found in: