By Tom Schrijvers (U. Ghent, BE) and Michael Leuschel (U. Düsseldorf, GE).

The 30th International Conference on Logic Programming (ICLP) was held from
July 19 to 22 in Vienna Austria as part of the Vienna Summer of Logic (VSL).
VSL was probably the largest event in the history of logic, consisting of
twelve large conferences and numerous workshops, spanning logic in computer
science, mathematics and artificial intelligence.

As one of the larger conferences with 105 registered participants, ICLP has
made a significant contribution to VSL with not only the main conference, but
also with 9 affiliated workshops, the two-day summer school on computational
logic, the ICLP doctoral consortium and the ASP competition.

Of course ICLP itself set the example with a strong program consisting of
25 technical paper presentations and 22 short technical communications.
Moreover, Each day of the conference was begun by a plenary VSL session, but
ICLP also featured its own two invited talks, which were: invited talk, which
were: 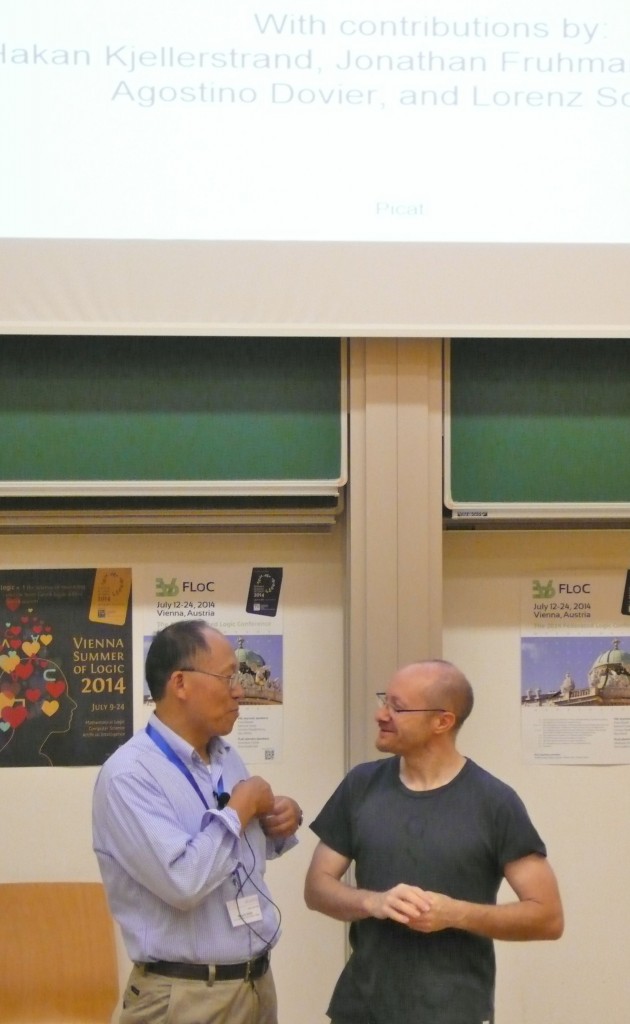 As in previous years, a “Test of Time” award was given for the most influential
papers from the ICLP and ILPS conferences of 10 and 20 years ago (ILPS was
another major meeting in logic programming, organized until 1998). The usual
procedure uses bibliometric information as a first stage, and if necessary,
personal judgement as a second stage. Fortunately, according to our
bibliometrics there was a clear winner in each year, so that personal judgement
did not have to take a part. The most influential paper from 1994 was from the
ILPS conference:

which was presented in this year’s conference by Pascal Van Hentenryck. In 2004
the most influential paper was: 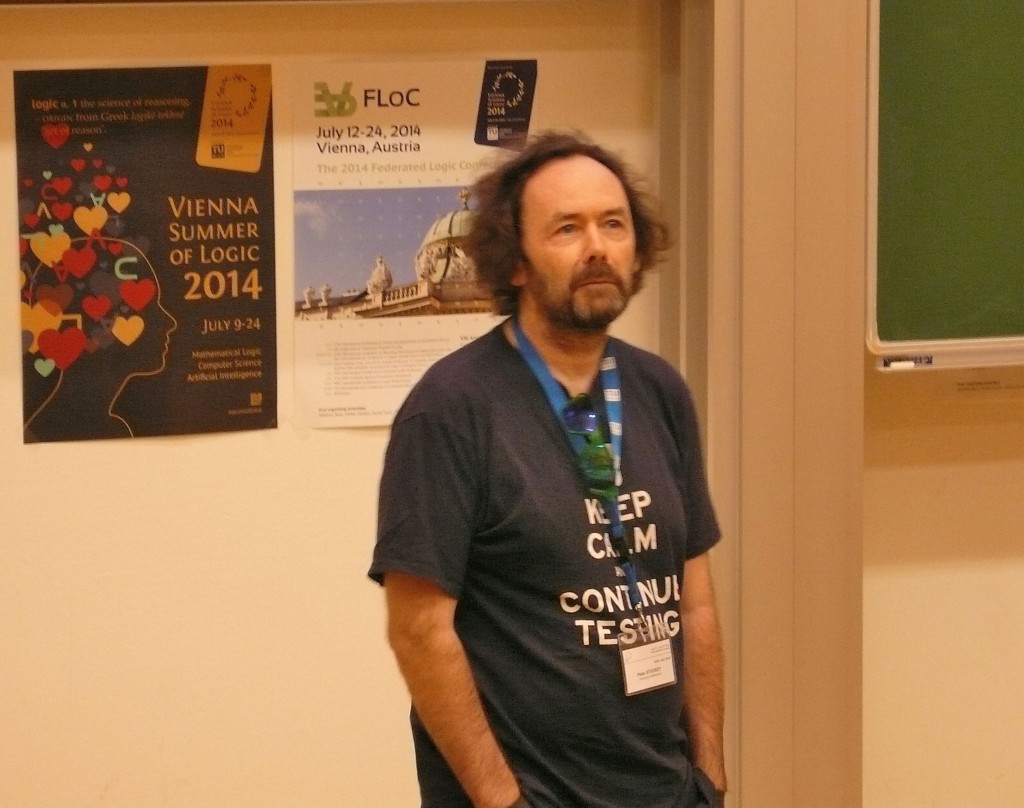 Of course, the conference was about more than just papers and presentations.
The 105 ICLP participants had many fruitful discussions with the other VSL
participants at the reception in the majestic main building of the University
of Vienna and at the banquet in the famous Schönbrunn palace. 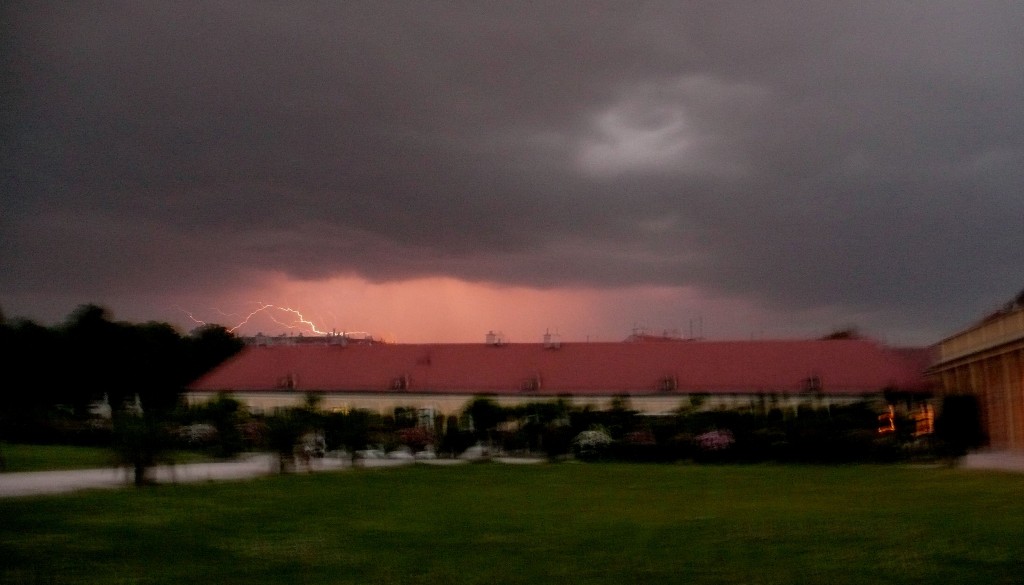 Fireworks at the social dinner

Finally a word of thanks to everyone who has made ICLP 2014 a success. 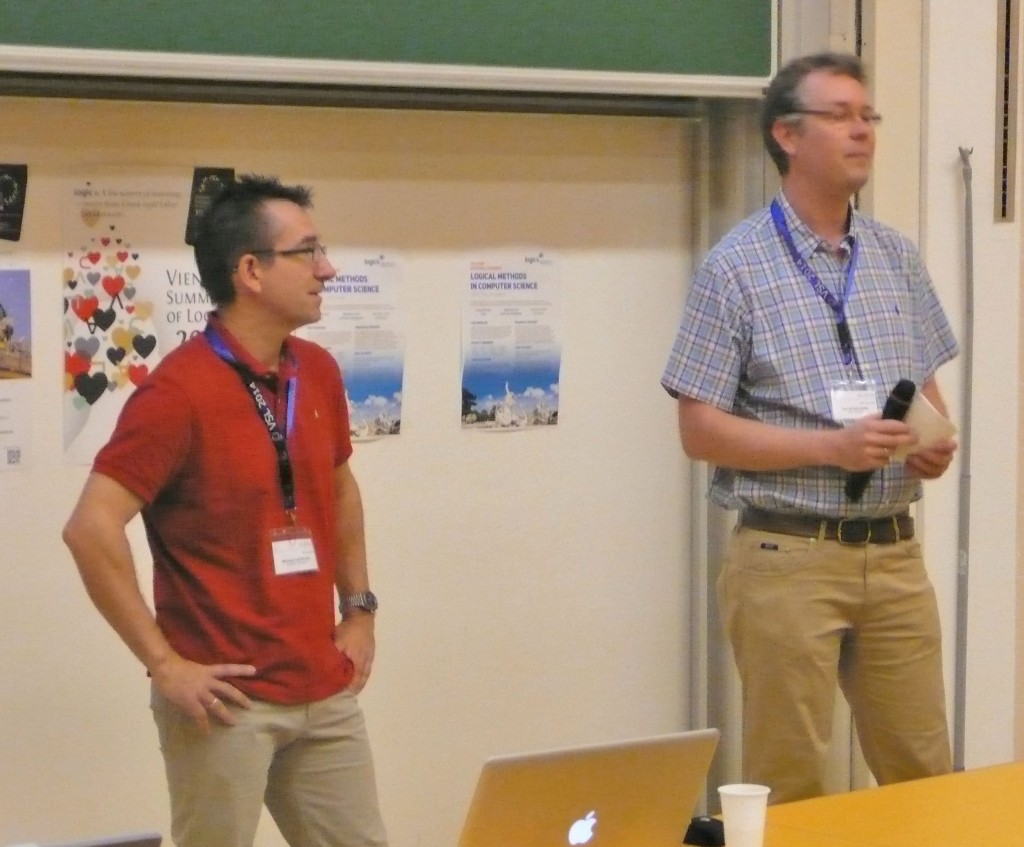 See you all next year at ICLP 2015 in Cork, Ireland, where we co-locate with
CP!