By Esra Erdem and German Vidal

The 35th International Conference on Logic Programming (ICLP 2019) was held in Las Cruces, New Mexico, USA, from September 20 to September 25, 2019. 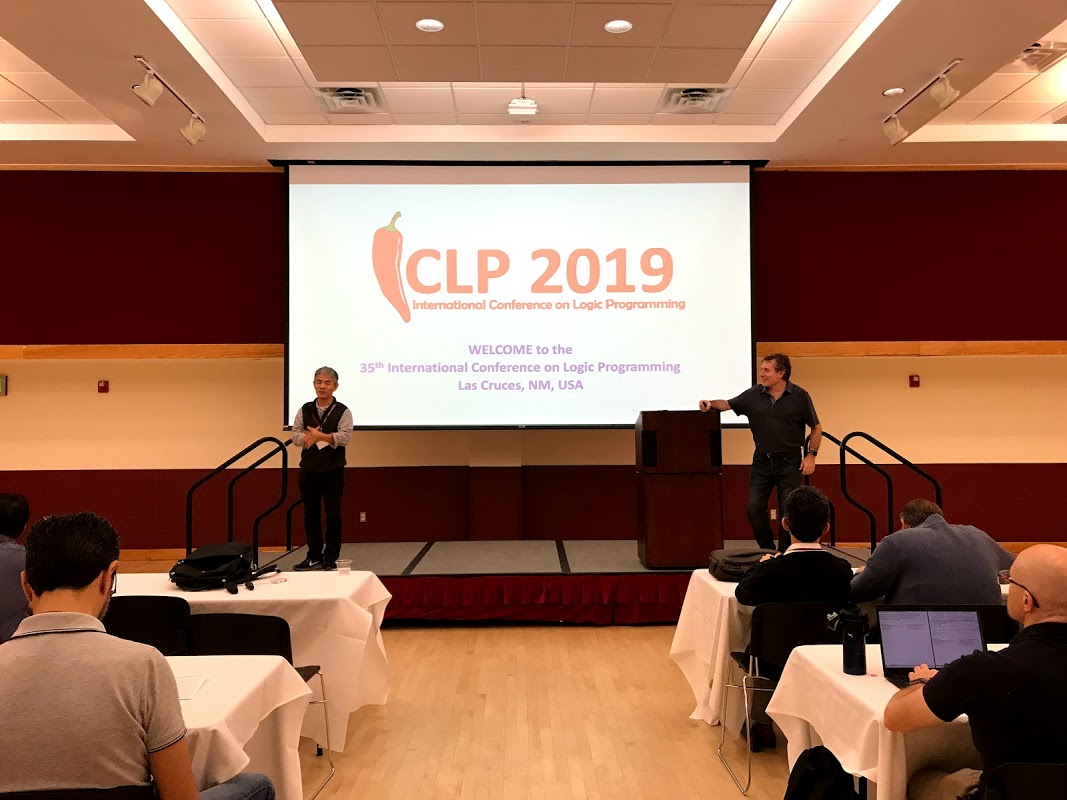 Besides the main track, ICLP 2019 included the following additional tracks and special sessions:

Three kinds of submissions were accepted:

ICLP implemented the hybrid publication model used in all recent editions of the conference, with journal papers and Technical Communications (TCs), following a decision made in 2010 by the Association for Logic Programming. Papers of the highest quality were selected to be published as rapid publications in this special issue of TPLP. The TCs comprise papers which the Program Committee (PC) judged of good quality but not yet of the standard required to be accepted and published in TPLP as well as extended abstracts from the different tracks and dissertation project descriptions stemming from the Doctoral Program (DP) held with ICLP.

We have received 122 submissions of abstracts, of which 92 resulted in full submissions, distributed as follows: ICLP main track (59), Applications track (9 full papers and 9 short papers), Sister Conferences and Journal Presentation track (11), and Women in Logic Programming session (4). The Program Chairs organized the refereeing process, which was undertaken by the PC with the support of external reviewers. Each technical paper was reviewed by at least three referees who provided detailed written evaluations. This yielded submissions short-listed as candidates for rapid communication. The authors of these papers revised their submissions in light of the reviewers’ suggestions, and all these papers were subject to a second round of reviewing. Of these candidates papers, 30 were accepted as rapid communications,  appeared in the TPLP SPECIAL ISSUE 19(5-6).

In addition, the PC recommended 45 papers to be accepted as technical communications,  appeared in  Electronic Proceedings in Theoretical Computer Science (EPTCS) 306  either as full papers or extended abstracts, of which 44 were also presented at the conference (1 was withdrawn).

In addition to the presentations of accepted papers, the technical program of ICLP 2019 included four invited talks:

In addition, the following awards were presented at ICLP 2019:

We are deeply indebted to the Program Committee members and external reviewers, as the conference would not have been possible without their dedicated, enthusiastic and outstanding work.

In addition, the conference also included an opening reception at NMSU, a guided tour to White Sands, and a conference banquet at Stan Fulton Center with a presentation by Michael Gelfond.