Some time ago George and Mildred have been bravely fighting against a terrifying kind of mutant mosquitoes grown in a nearby unattended deposit of nuclear wastes [link]. At those times the battle was finally won.

Now, seven years later, the support to environmental protection has been further reduced and a new accident occurs at the deposit: some nuclear waste gets out from the containers determining the born of a new horrible species of mutant mosquitoes.

The scientific community studies the phenomenon and understands that mutant mosquitoes can be of two types, referred to as α and β. Mosquitoes of type α are invulnerable, while those of type β can be killed by means of a special radiation gun. Mosquitoes attack in linear storms and whenever a type β mosquito is shot, it disappears, the storm breaks in two, but the mosquitoes that were adjacent to the one that have been shot, change their type (if they were of type α they turn to type β and vice versa).

As an example, consider the storm below, where α mosquitoes are circled. 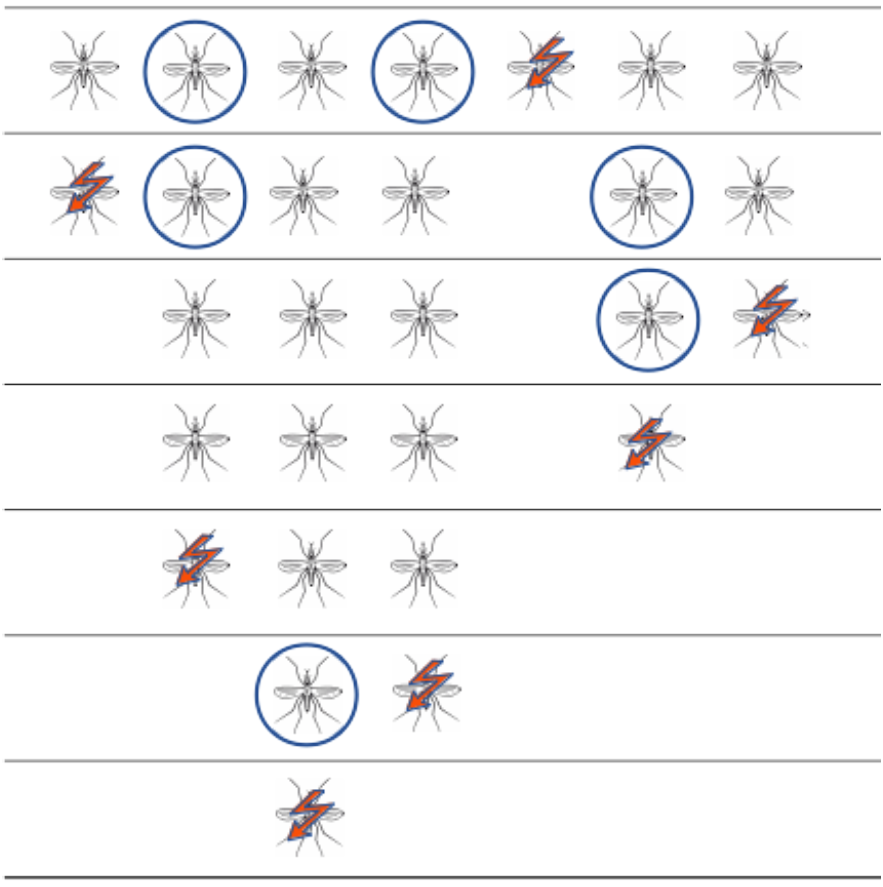 Can you help George and Mildred to win this new battle against the mosquitoes? More precisely:

Of course you can also help them by producing a Prolog/ASP code for the problem simulation. Just in case, we report the the solutions to Q1 and Q2.

Solution for Q2. Having an odd number of β mosquitoes is not sufficient for destroying the whole storm, without taking some specific strategy. For instance, the following reduction gets stuck:

← CFP: Foundations of Information and Knowledge Systems (FoIKS)
In Search of the Perfect Musical Scale →