The 30th edition of the Italian Conference on Computational Logic (CILC 2015), the annual meeting organized by the Group of researchers and Users of Logic Programming (GULP), took place at the University of Genoa from July 1st to July 3rd, 2015. The choice of Genoa was a return to the origins, celebrating the thirtieth anniversary in the same location where the first edition of the conference took place in 1986.
Before the conference, a school on Computational Logic (partially sponsored by the Association for Logic Programming) was organized for students (but was open to all conference attendees), and covered many hot topics including constraint logic programming and answer set programming as well as their applications to bioinformatics, agent languages and technologies, parallelism, and temporal logic. 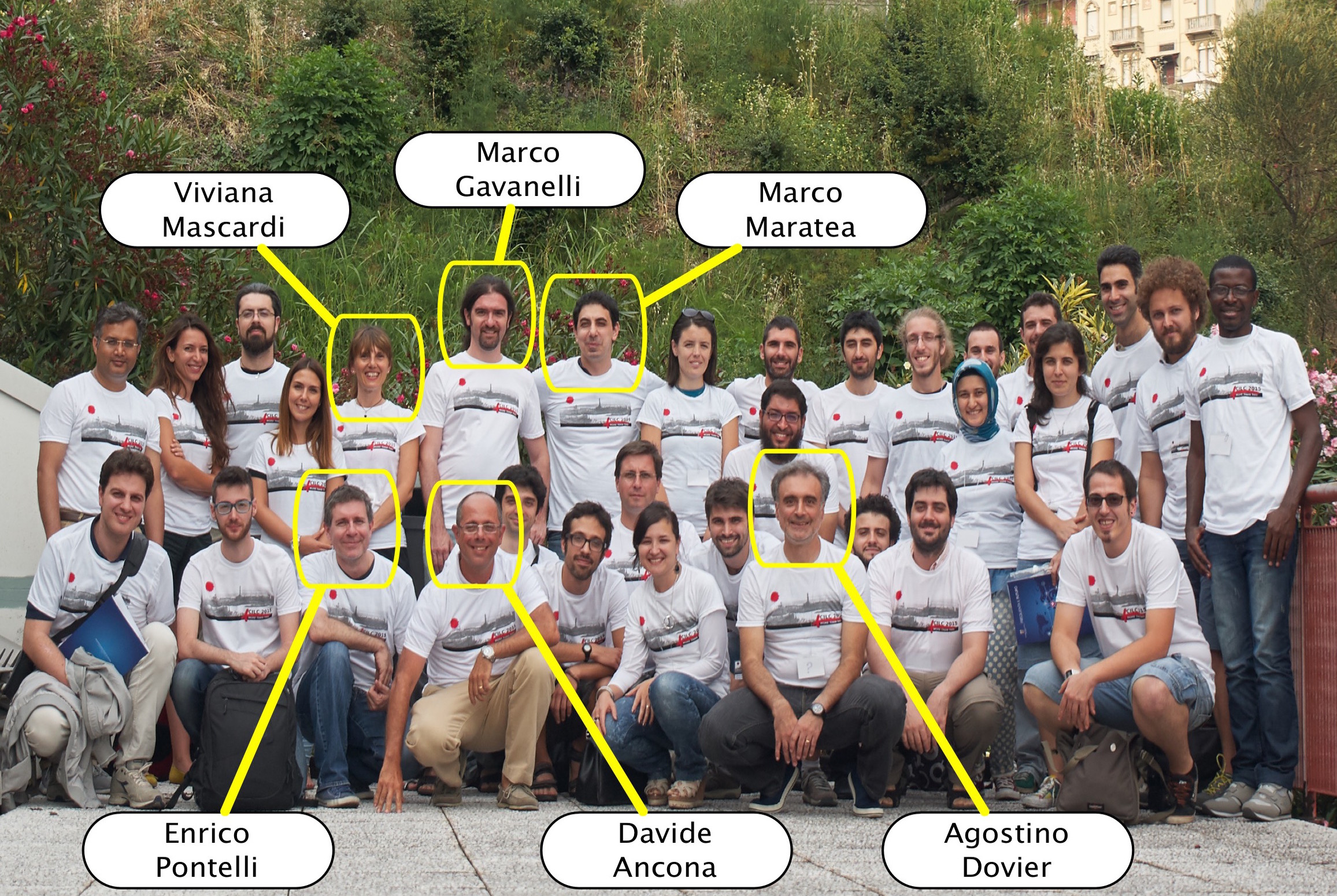 School participants, the organizers, and some school speakers

Faithful to the same spirit that characterized the first GULP conference in 1986, CILC continues to serve as the main italian venue for users, researchers and developers working in the computational logic field to meet and exchange ideas. Over the years, the conference broadened its horizon from the specific field of traditional Logic Programming to the more general areas of declarative programming and applications in neighboring areas including Artificial Intelligence and Deductive Databases.

The 30th edition of CILC also featured an invited talk by Georg Gottlob from the University of Oxford, titled “A Framework for Data, Knowledge, and Reasoning: Datalog+/-“.

A special session called “GULP 30 e lode!” was organized. The panel featuring, as celebration of the 30th anniversary, past and current members of the GULP steering committee, including some of the participants to the first conference; the panel discussed the past, present and future of computational logic in Italy and beyond.

The conference proceedings will be published on CEUR-WS.org and a selection of the accepted papers, after a second round of reviews, will appear in a special issue of the Fundamenta Informaticae journal.

All the information regarding CILC 2015 can be found at http://cilc2015.dibris.unige.it

We would like to thank our sponsors for their contributions, which allowed us to cover the costs of many student participants:

We would also like to thank all the people who have contributed to the success of CILC 2015, including authors, speakers, reviewers and participants. A special thank goes to the President of GULP, Agostino Dovier, and to the secretary, Marco Gavanelli, for their helpful suggestions and support to the organization of the event.

Finally, on behalf of the whole GULP, we would like to express our heartfelt condolences to our founder Giorgio Levi and his family for the passing of his wife.
Davide Ancona, Marco Maratea, Viviana Mascardi

← Open panel: the future of ICLP Proceedings
Conterfactual in Critical Morality – A Summary →