ICLP 2012 is over. It’s the moment of writing down some notes for you in particular for those that hadn’t the chance of participating.

The conference took place from September 4 to September 8. To reduce parallelism with the main meeting we scheduled the co-located workshops and the doctoral consortium in September 5 and in September 8 (after the morning coffee-break).

As in the previous two years accepted full papers are directly published as journal papers in Theory and Practice of Logic Programming (Cambridge). This required a lot of extra work by the PC members (and reviewers) that we would like to thank here. 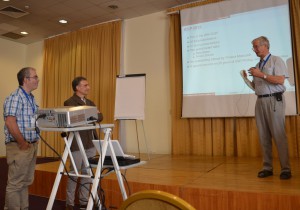 Peter Szeredi (and Vitor and Agostino)

After an introduction by the general chair (and LP founder) Peter Szeredi, the meeting started with the invited speaker Mike Elston  from SecuritEase that showed us how in New Zealand a software enterprise based on Prolog technology can be successful. A lesson for USA and Europe. 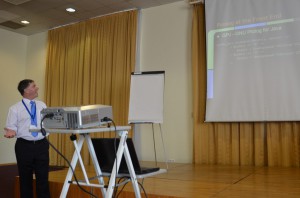 The other invited speakers were Jan Wielemaker that summarized to the audience
the first 25 years of SWI Prolog, one of our favourite Prolog implementation and perhaps the most successful as far as interfaces with other tools are concerned, 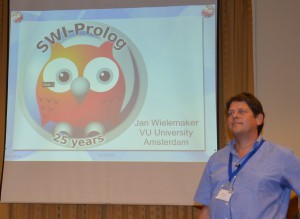 and  Ferenc Darvas that introduced us in his several inititiatives and companied involving drug discovery and Prolog. 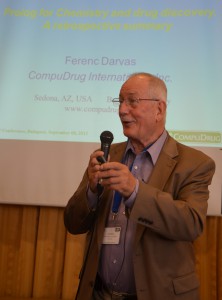 The tutorialist Viviana Mascardi kindly introduced the audience  to logic based multi agent systems and semantic webs. Hot topics for our area. 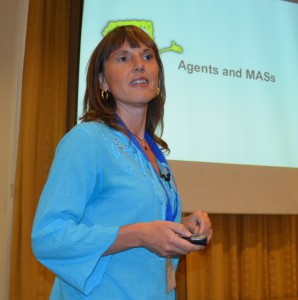 The format TPLP + LIPIcs was subject of animated constructive discussion during the ALP meeting. Several opinions were expressed but most of them are aimed at asking the change of this format. Thanks to Cambridge University Press we will go towards a slightly different one: more full papers, and some short papers (with different deadlines). Full papers will be more or less the same number as former conference (LNCS) papers. Short papers will be allowed to do a short presentation to the meeting.

The audience (and Max Ostrowski)

We believe that application papers are very important for our community and this is difficult to point out with a unique track. We do need to ensure that Prolog/ASP be really used. We had several application tech comm. Also due to personal conflict, we weren’t unable to work for their updgrading to full papers. We apologies for that. Anyway, it happened that invited speakers (suggested and voted by all PC members) are both chosen from the application area.

We don’t enter here instead into the details of the test of time award (details are present in another article in this issue). Rather, we would like to express again our gratitude to Davis Scott Warren, awarded during the social dinner for his life of contribution to logic programming. 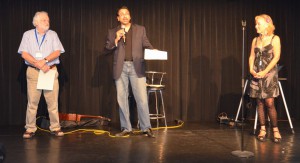 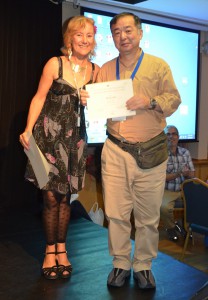 Best papers awards have been assigned, as usual. In particular, best student paper went to Muhammad Islam for his paper Inference in Probabilistic Logic Programs with Continuous Random Variables (presented by his co-author C. R. Ramakrishnan) while the paper SMCHR: Satisfiability Modulo Constraint Handling Rules by Gregory Duck was awarded as best paper. 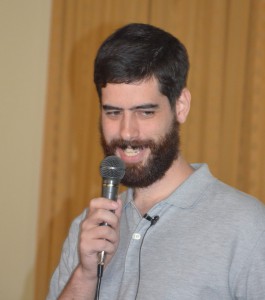 Finally, a great thank to Veronica for her amazing banquet speech, softly introduced by an Italian song (and player 🙂 ). 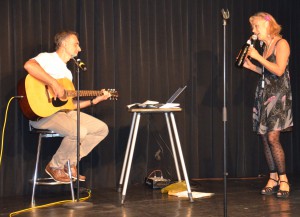 Doctoral Consortium and Prolog Programming contests are reported in different posts in this issue. The same for WLPE report. Other reports will appear in the ALP website, hopefully. Moreover, following the example of CPAIOR 2012, a video recording of most of the conference has been organized. Videos will appear on-line in ICLP 2012 website asap.

This is all, for now. We know next chairs Esra Erdem, Evelina Lamma, and Terrance Swift are already working. Good work to them and see you all in Istanbul.