First, for those of you who don’t know: In the Prolog Programming Contest we lock up teams of Prolog programmers in a room for 2 hours with 5 challenges. Each team has up to 3 members and one laptop. The team that solves most challenges in the least amount of time is the winner.

Now, like every year, participants could not wait to sign up for this year’s contest. Really, no extortion or heavy handling was required.

Well, admittedly, there were the usual excuses for not participating, like:

There are better ways to get out of participating … if you can afford them. I won’t mention a petrol state professor who sent his students, instead of himself.

Anyway, 9 teams showed up — 1 more than last year — constituting 24 participants.
We had

Unfortunately, last year’s winners, Jan Wielemaker and his team, could not come to Lexington.

A few words of thanks are in order. There are more people involved in making the Prolog Programming Contest happen than you think. I am very grateful to all of them. I would like to thank the program chairs, John Gallagher and Michael Gelfond, for inviting the contest to ICLP 2011 and providing a slot in their program. Thanks to the general chairs, Mirek and Marek, for providing us with the chairs, tables, the room and the many power sockets. Finally, thanks to Jael for helping me run the contest and for telling the participants in the kindest possible way that their answers were wrong.

I realize I say this every year: the problems were hard this year – but they were also doable. We had poultry, fast food and Joe the Plumber made an appearance.
Every problem was solved by at least one team. Moreover, every team solved at least one problem — congratulations to all the participants! Before we move on to this year’s winners, I want to say: there is no shame if you don’t win the contest, there is only shame if you don’t participate.

We have had a slow but consistent trickle of answer submissions throughout the contest. All teams know they got one answer right. Several teams were told they got 2 answers right. One team has won, but does not know yet that it got 3 answers right. At the very end of the contest, in the last minute, there were 2 submissions that did not get feedback.

This year’s Prolog system of choice is Ciao Prolog. Congratulation to this year’s winners, who have shown that you are never too old to win: Antonio Porto, Michael Leuschel and Manuel Hermenegildo. 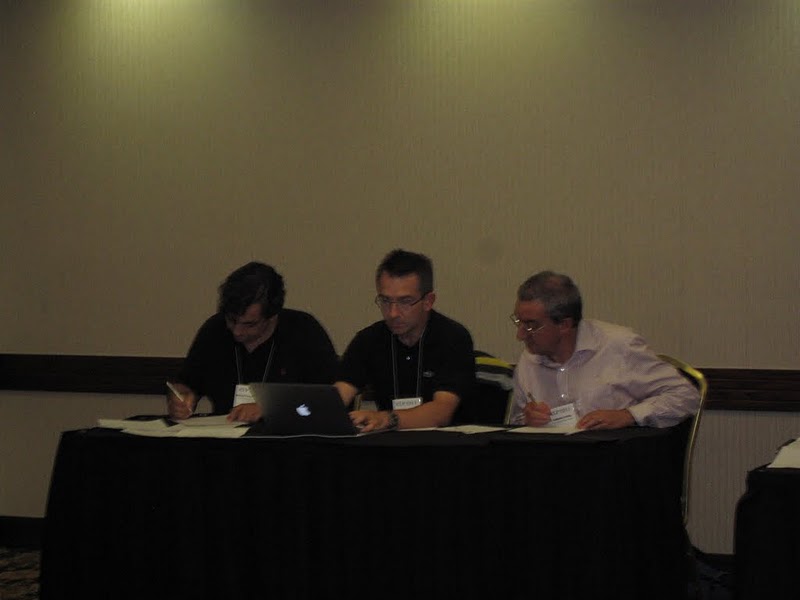 So, that’s it for this year. I hope you’ve all enjoyed. See you next year!